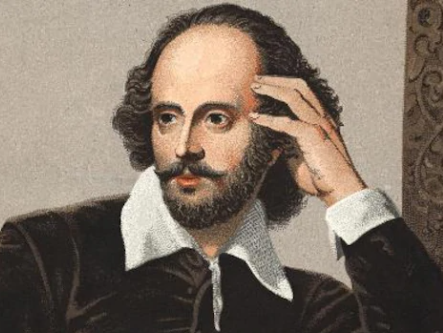 The great English dramatist  and poet, William Shakespeare was famous writer. He lived in sixteenth century. He was born in 1564 in England. His father was leading citizen of the area. Most of the facts about his early life are not known. But his biographers agree that he was educated in the local grammar school.

Most the young writers of his times were the graduates either from Oxford or from Cambridge. Shakespeare, on the other hand, had no formal education from university. But he had God-gifted  qualities. He left them far behind and ruled in the world of theatre. He is also a great poet. But his poetry has been overshadowed by his dramas.

Shakespeare has written thirty seven plays in all. The surprising thing about these plays is that their subject matter is not his own . He borrowed it from different sources. What makes these plays great is their treatment. He has used this material of theatrical performances very effectively. His plays were a treat to watch in his own days. They have since then dominated the stage in the whole world.

Shakespeare’s plays fall into three major types – tragedies comedies and histories. His tragedies have sometimes very impressive comic scenes. In the same way there appear extremely dark scenes in his comedies. His histories reflect the spirit of his age. His age is called the Elizabethan age. It is regarded as the golden period in English history. His plays based on history show the pride of the English nation in its past.

Shakespeare in undoubtedly the best dramatist of the world. Even those who never seen or read his plays often quote him. He is the only writer in the world who has given the maximum number of quotations/ if we are asked to describe him in one sentence, we will say that he is the best poet of human nature . His supreme gifts lies in creating complex human characters.

Shakespeare’s characters show all the feature of human nature. They are the real beings of flesh and blood . They are the being of all time climes . They are so universal in nature that everyone so many human beings just like such characters.

The world of Shakespeare’s plays is the true image of the world of man. It is full variety ,rhythm and strength . the more we study him , the more we marvel at his talent. He was definitely the genius